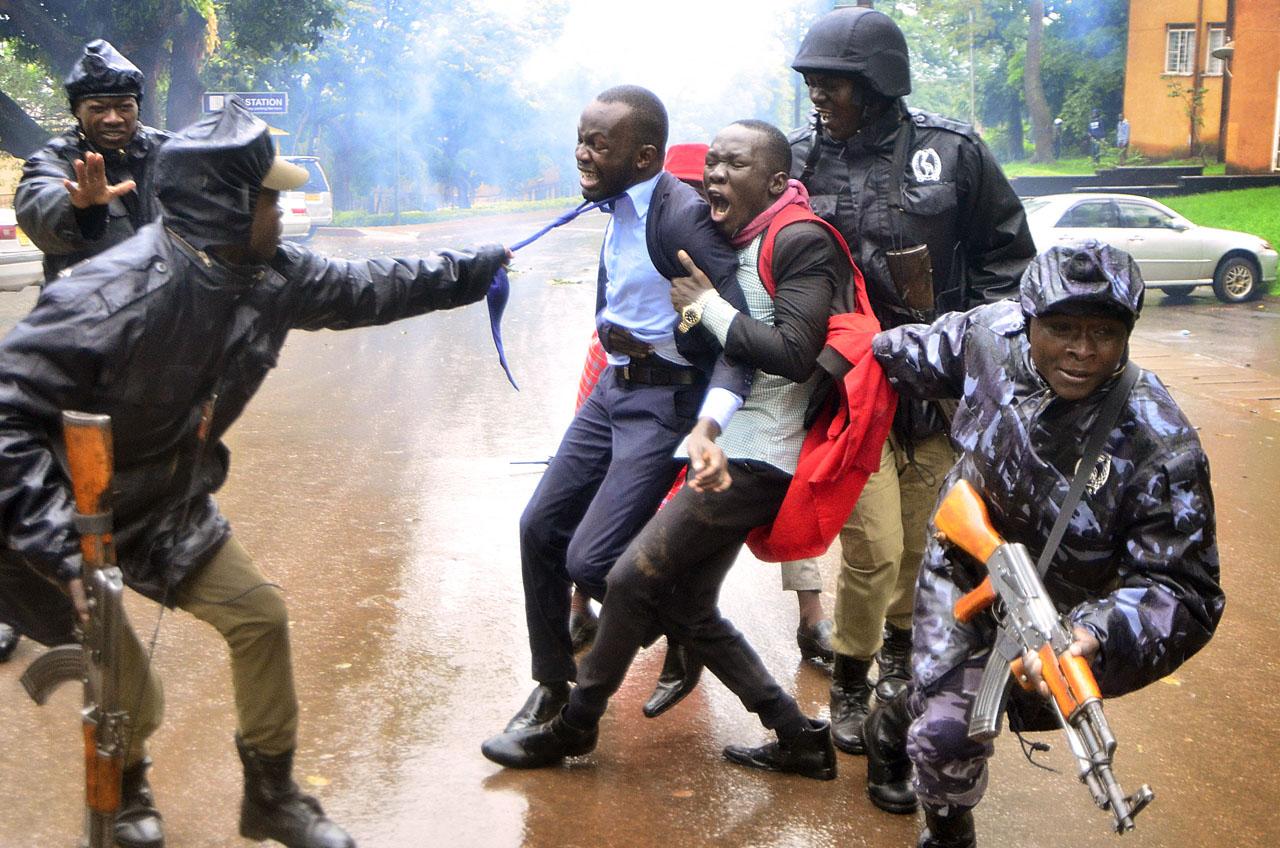 Police officers arrest Makerere University Guild President Papa Were (in tie) and a colleague at Makerere University during students protests on 16th April 2018. The students were protesting a range of changes to university services including the scrapping of meals in halls of residence, the suspension of evening classes and new hikes in tuition fees at the institution. 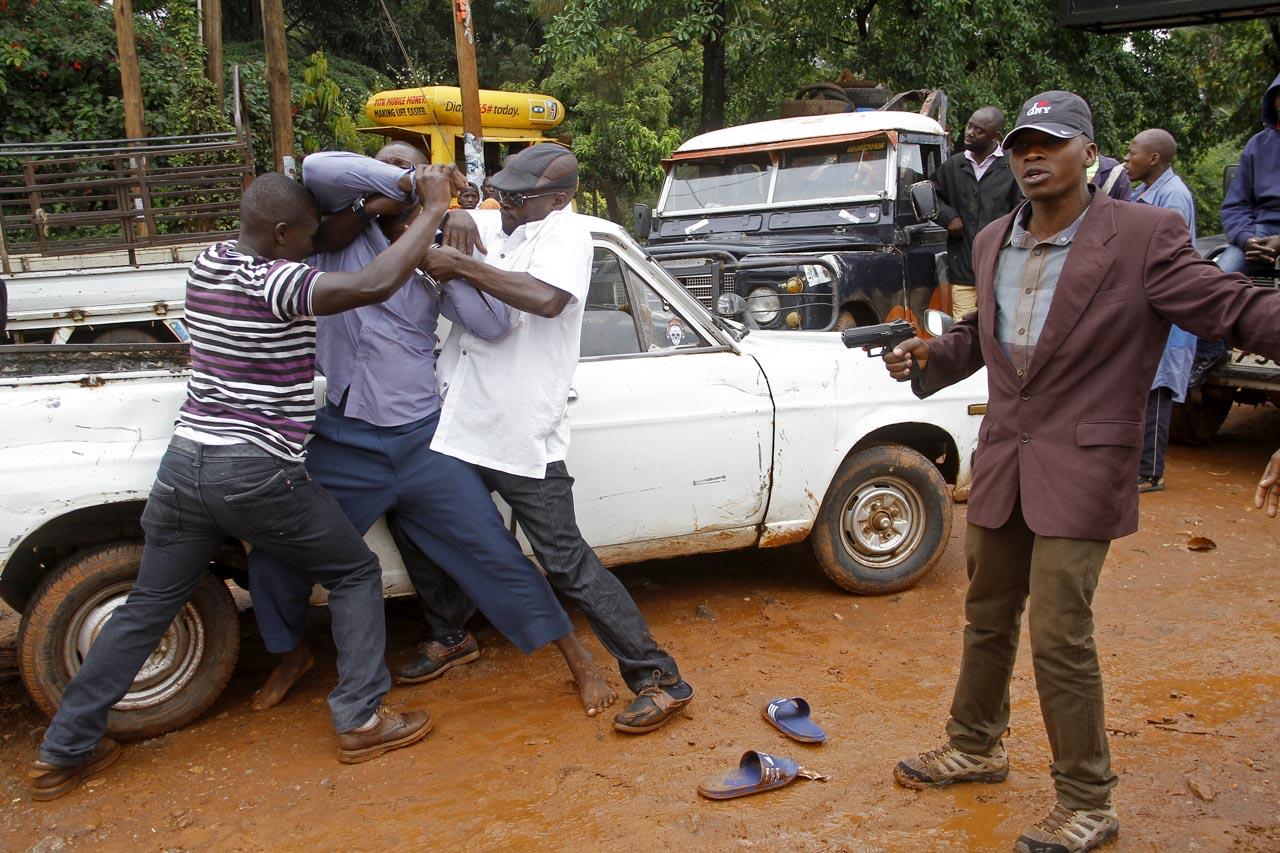 A plain-clothed security operative draws his pistol during a scuffle as murder suspect Ahmed Senfuka is re-arrested at Nakawa traffic lights on November 7th 2017. Senfuka, a principal suspect in the murder of Assistant Inspector General of Police (AIGP) Andrew Felix Kaweesi, was released on bail earlier in the day before being stopped as he drove home. He was taken to an unknown location and the security services first denied that they were behind the drama. Later the Chieftaincy of Military Intelligence (CMI) confessed to having re-arrested him. 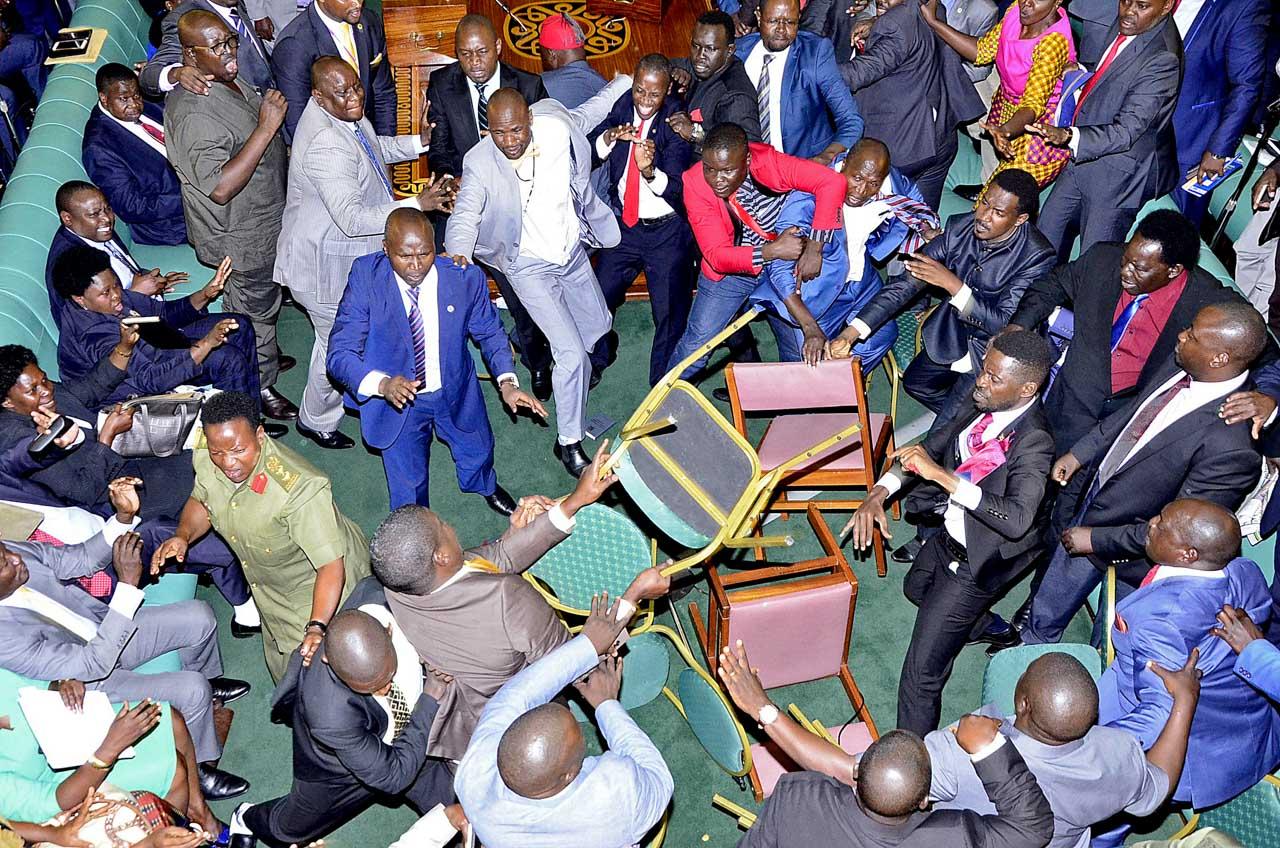 Age Limit Fight
Members of the 10th Parliament come to blows during a debate over possible amendments to the Ugandan Constitution on 26th September 2017. The discussion descended into chaos during an attempt by opposition legislators to block the tabling of the so-called “Age Limit” motion by Igara West MP Raphael Magyezi, which called for wide-ranging constitutional changes including the removal of the age limit for the presidency. 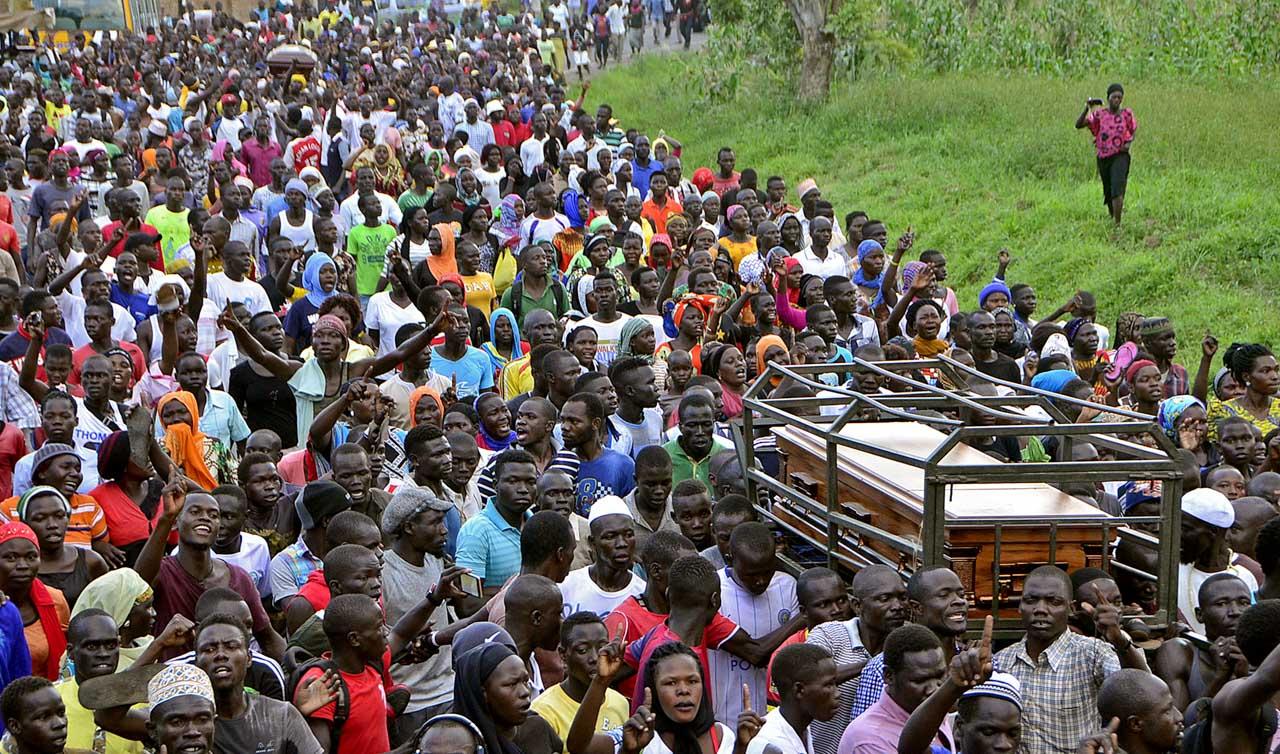 Chaos Greets Abiriga's Body
A crowd of Arua residents carry aloft the caskets of slain Arua Municipality Member of Parliament Ibrahim Abiriga and his bodyguard Saidi Buga, shortly after a UPDF helicopter delivered the bodies to Arua on 10th June 2018. The two coffins were meant to be transported on the final journey back to Abiriga's home in an ambulance, but the residents forcefully removed them from the vehicle and formed an impromptu, chaotic cortège.