Keeping Track
Zahara Abdul
While the rest of Kampala city is slugging it out on crowded roads and muddy, disintegrating pavements, a small group of the city’s most fortunate citizens glide to work in a manner that, if not perhaps as spacious or as luxurious as it could be, is definitely faster and involves less trouble. These lucky few, passengers on the only commuter train in Uganda, travel 16kms between Namanve and the city for a bargain fee of 1,000/=.
The ticket queues are full of people elbowing each other for an iota of space. Then, once aboard, the train snakes through the filthiest suburbs of Kireka and foul smells waft in from the heaps of garbage on the sides. In the carriages it’s too crowded. Even when the train carries about 600 passengers, it feels like there are three times more people in here, all heading to the city centre. When the lady with the kabalagala comes round maybe you dig out 200 shillings and buy two from her. You smell armpits, heavy from the day’s labour. Hands touch, forced into proximity. Maybe you meet a colleague or even maybe get a comfortable seat. Sometimes there’s a fan, or a light, or an open window, or all of those things.
The train carries a broad range of people, like Justine Muhirwe, a resident of Namanve, whose father worked with the Railway Services as a conductor. The train is part of her heritage. It’s been a part of her life, bringing back a train of memories of a time when the passenger trains even had first- and second-class carriages. I also met Ronald Sekitto, a 30-year-old electrical engineer with Exim Bank, who preaches the gospel on the train during his daily commute. When asked why he, a professional and a pastor, chooses to travel by train, he grinned and said, “It’s cheaper than a matatu, rarely crashes and has no traffic.”
Once in a rare while the inspectors forget to check your ticket and you slide by unnoticed, sneaking into the centre of town with luck on your shoulder. Views of the city and the slums and the markets blur as the train trundles through and its rails become guides where walkers pass and hawkers flourish. It exposes the sharp contrasts between the city’s rich and poor, cutting through informal settlements and obvious poverty and ending into a burgeoning centre of commerce.
Note: Railway transport in Uganda was a convenient and reliable option during colonial times but suffered a collapse in the mid-1970s. It wasn't until 2006 that Rift Valley Railways took over the management and put it back into operation in 2015 with the morning and evening commute from Kampala to Namanve. 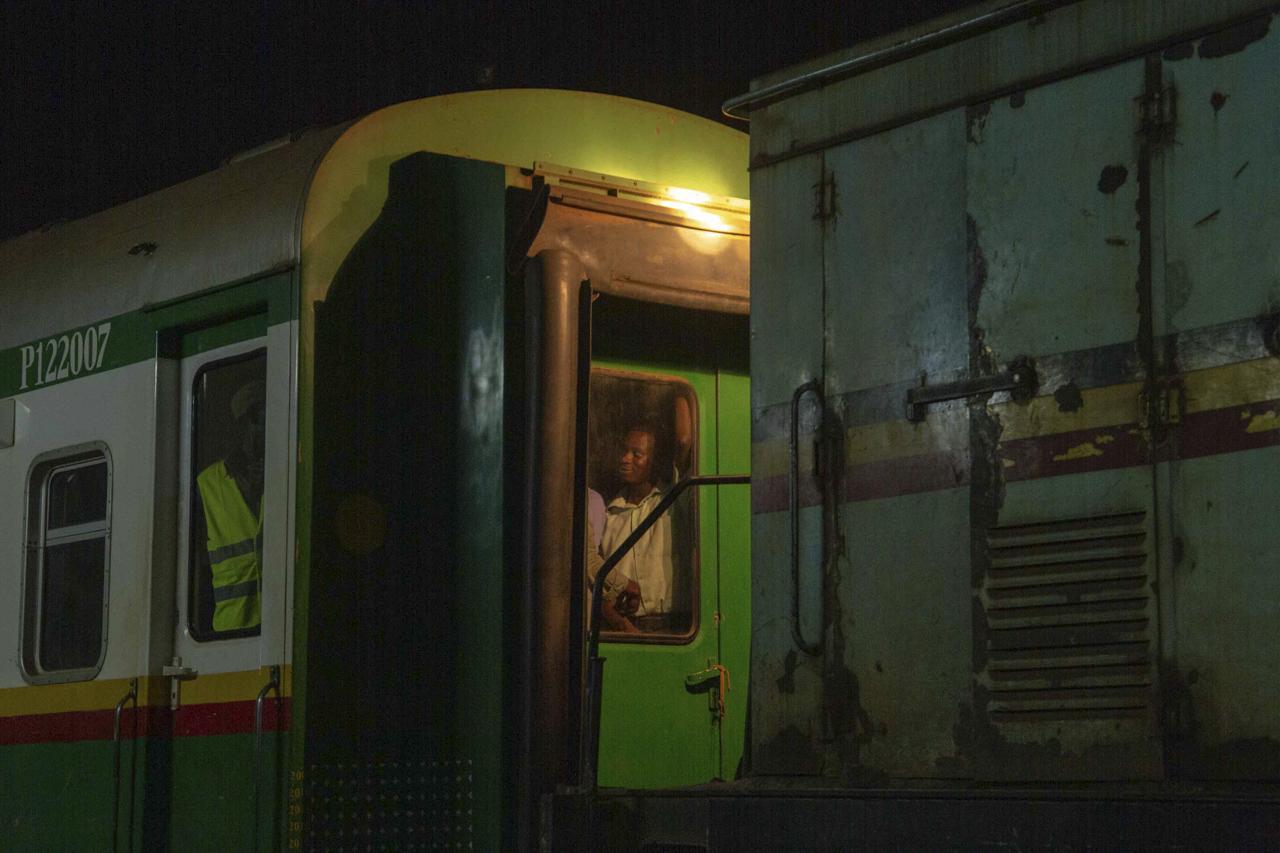 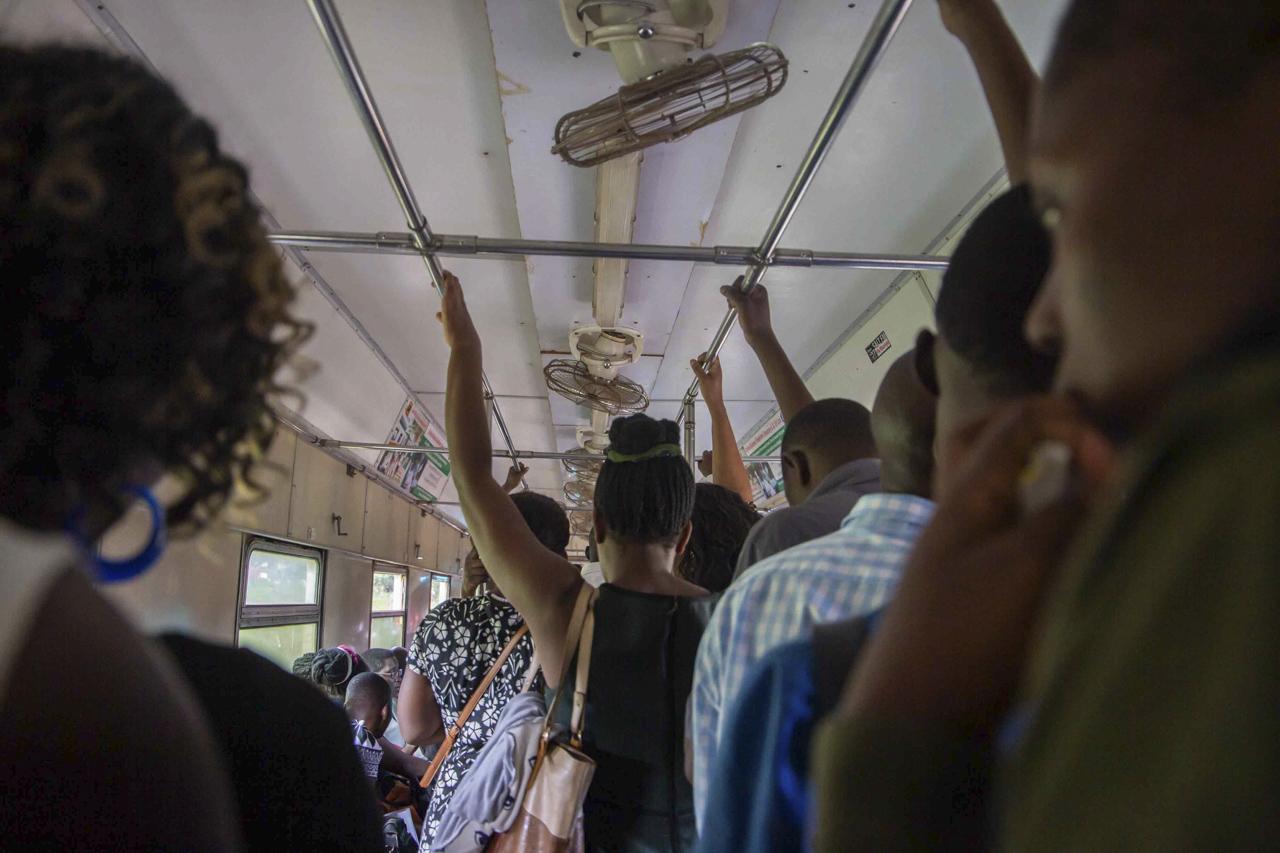 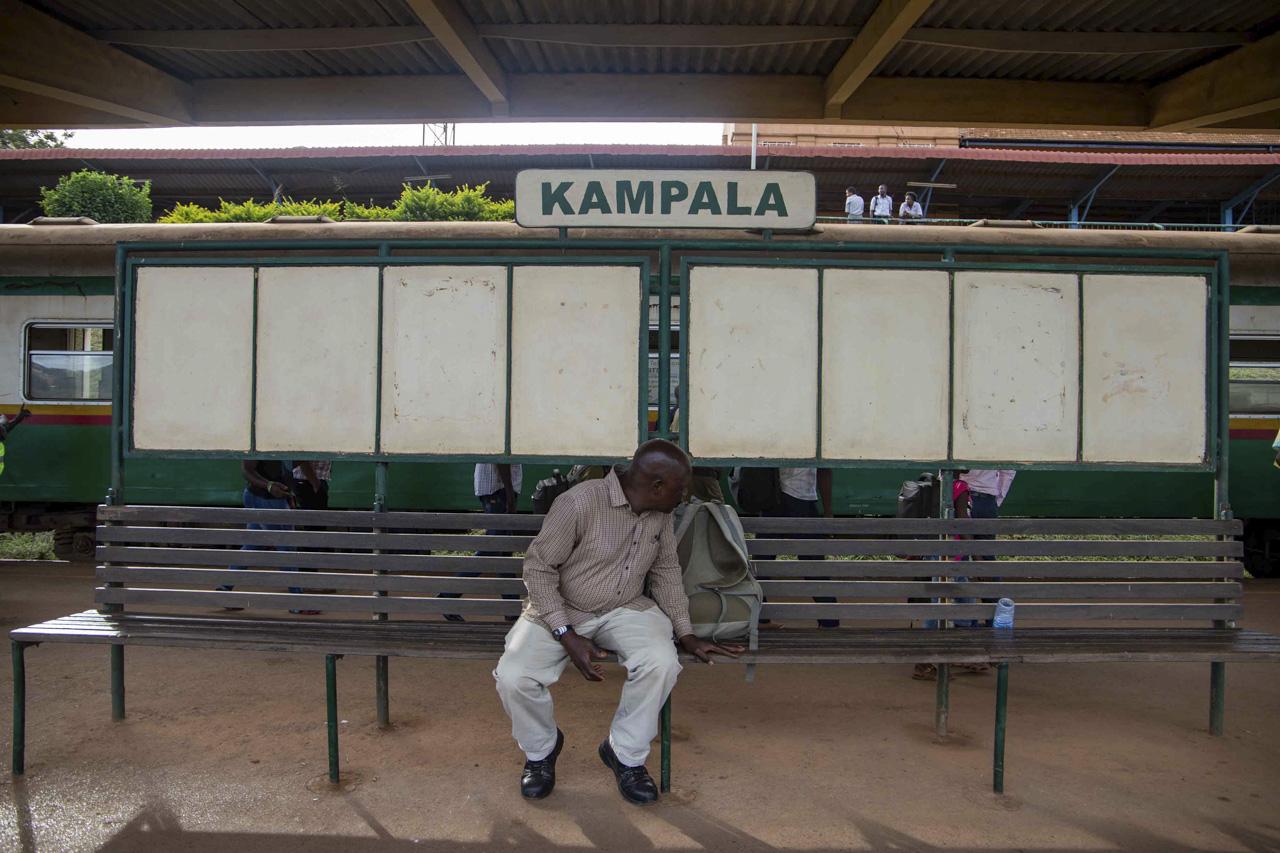 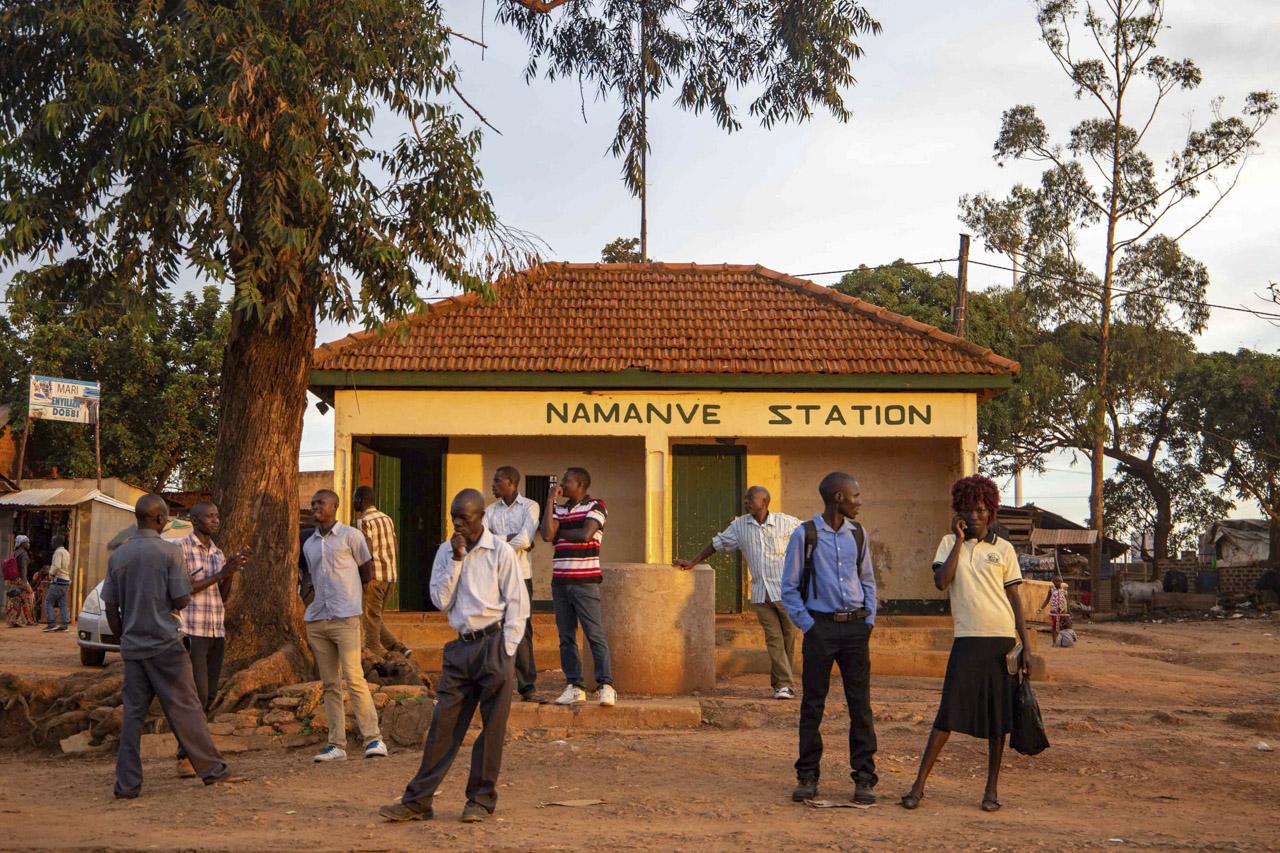 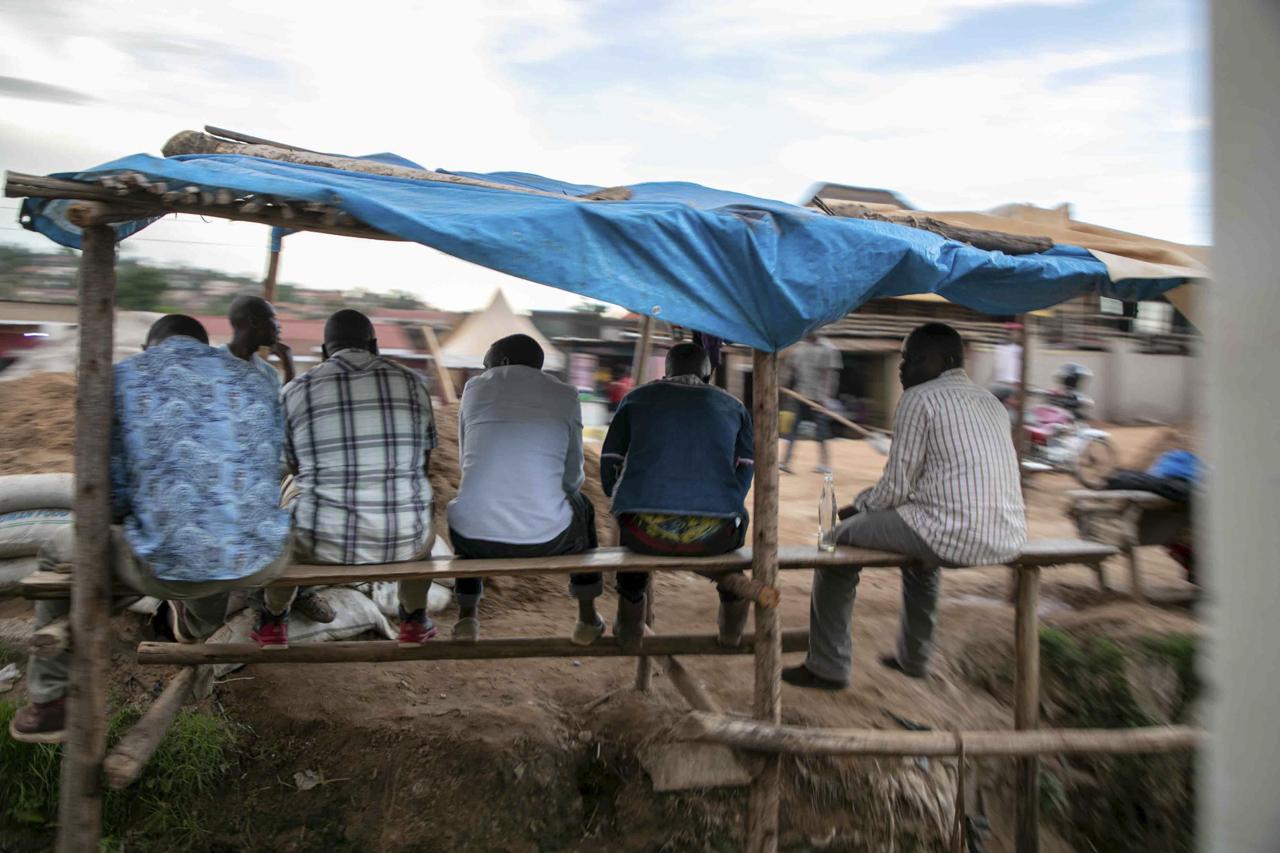 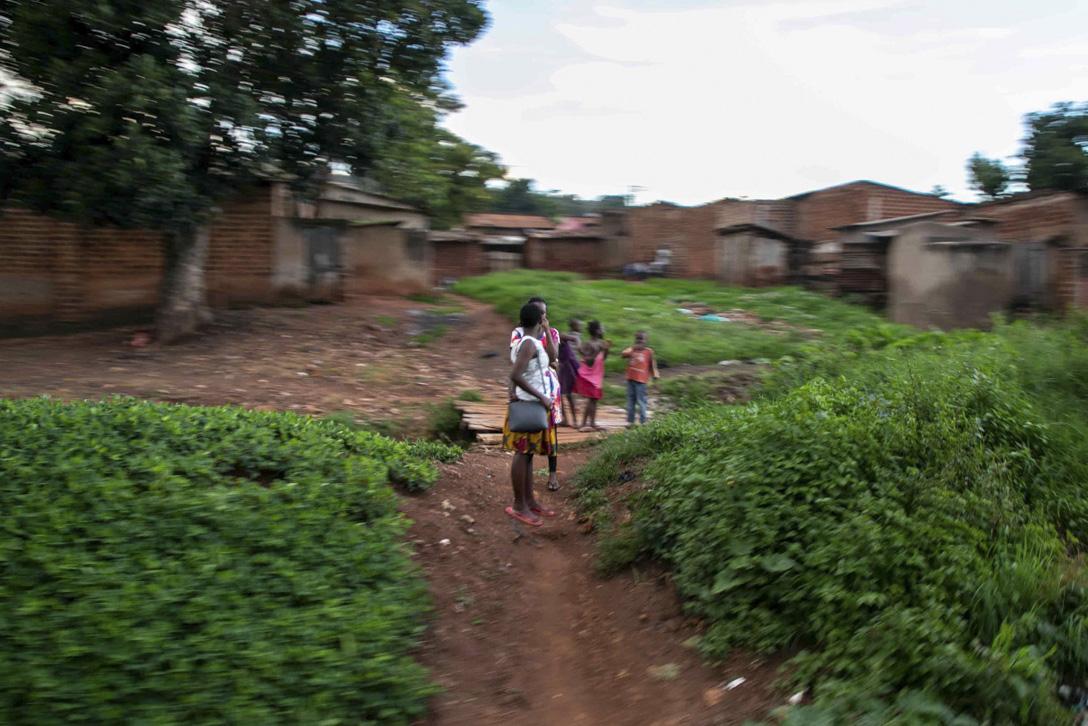 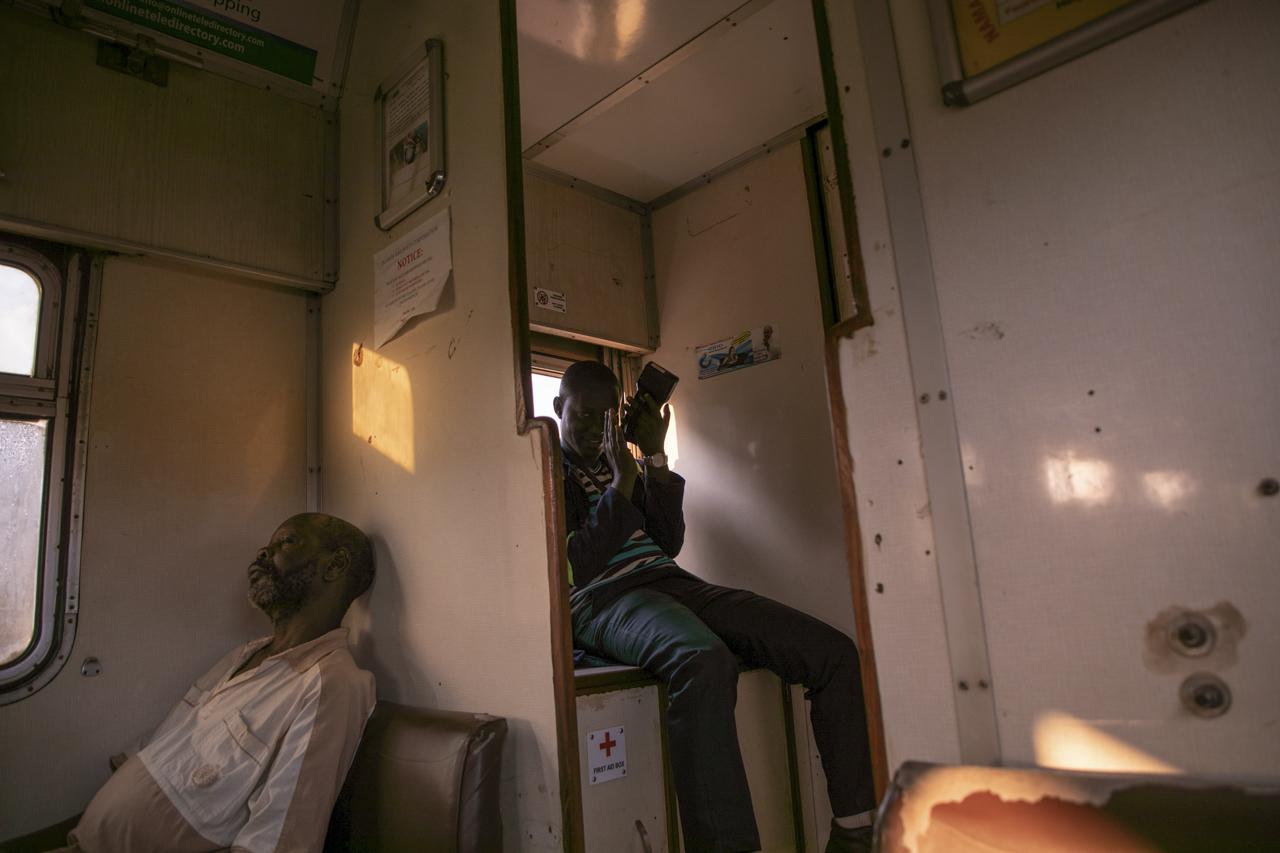 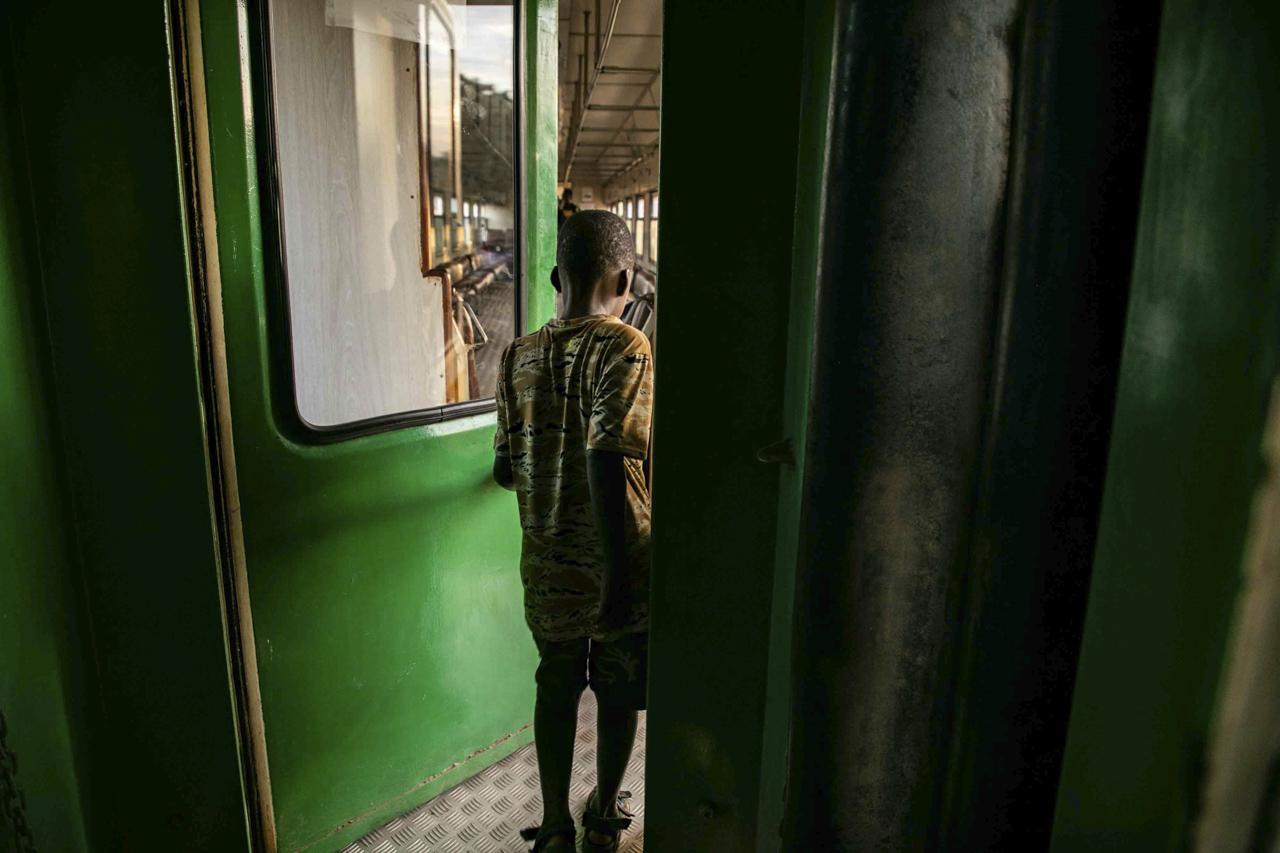 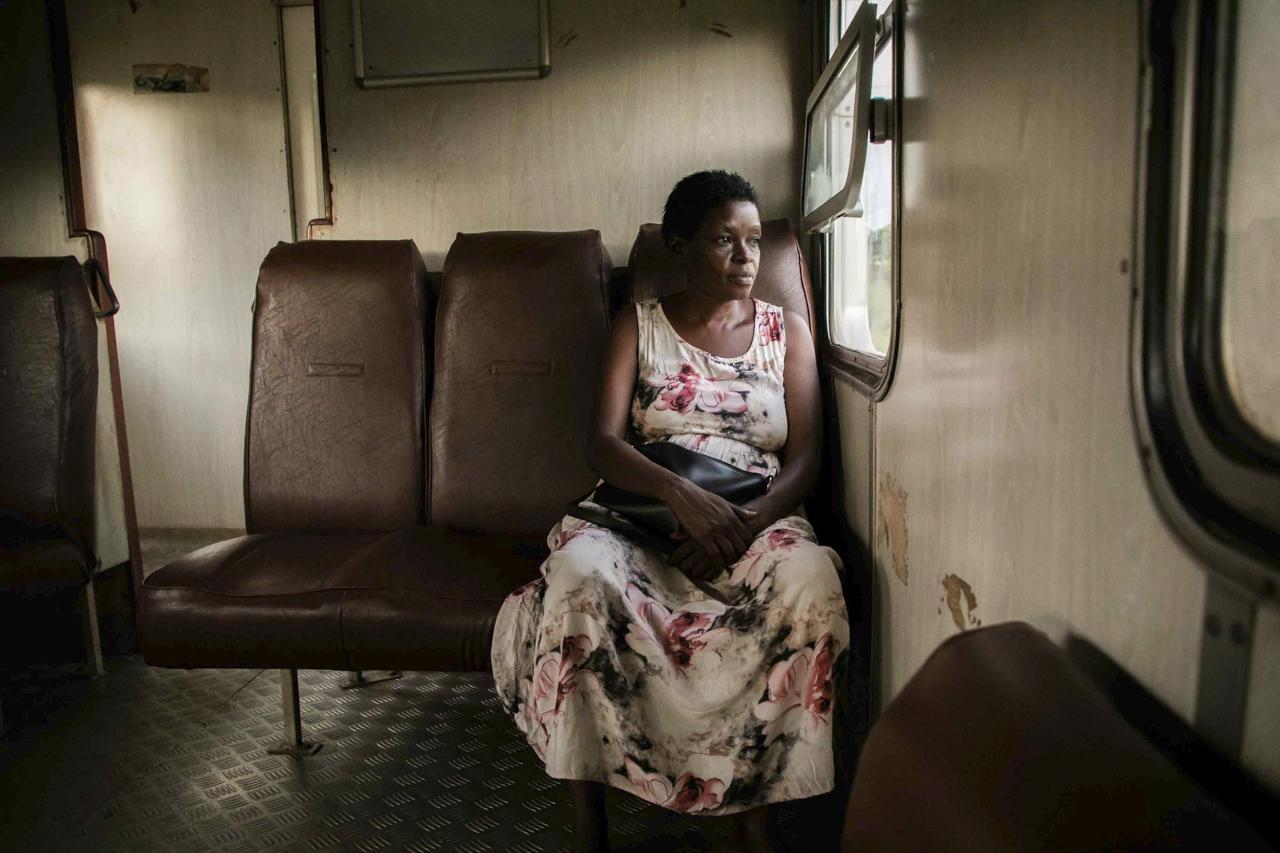 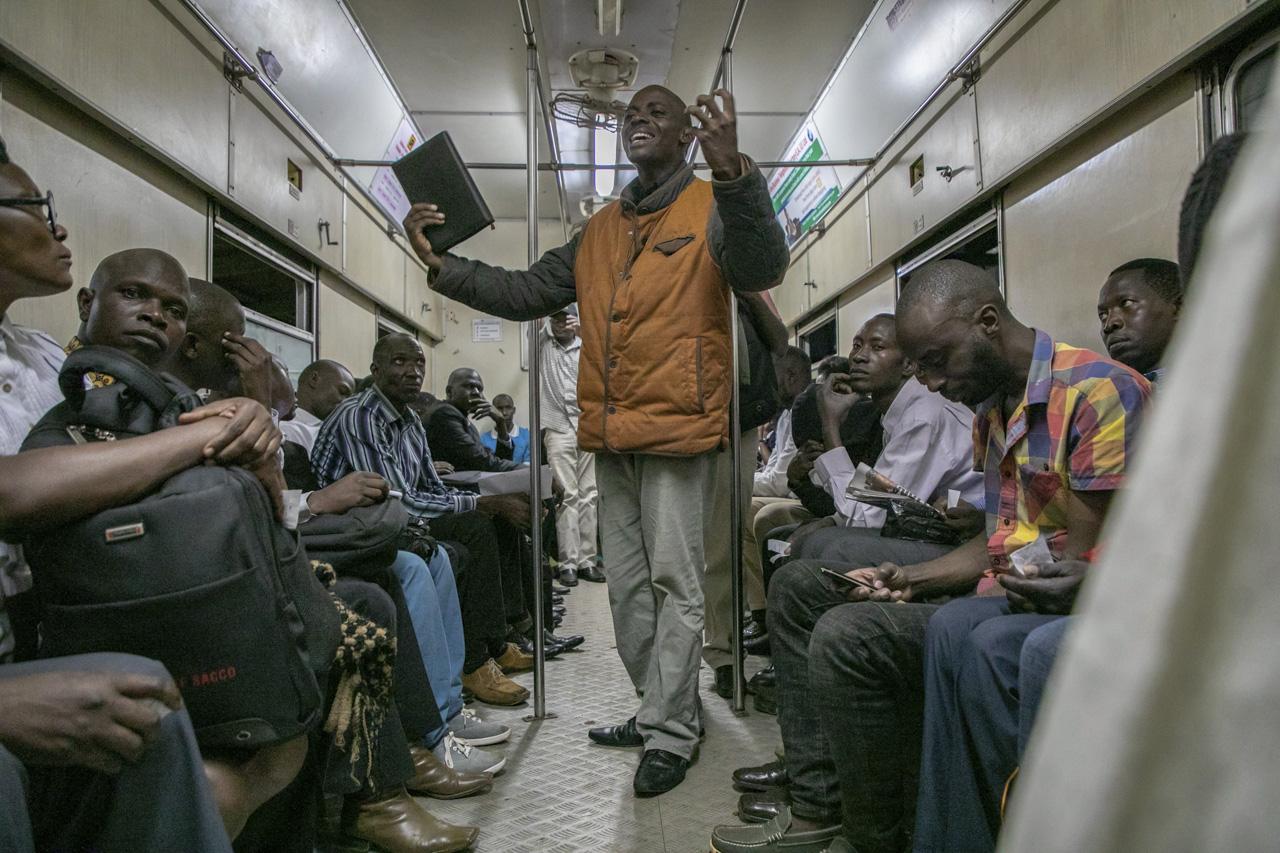 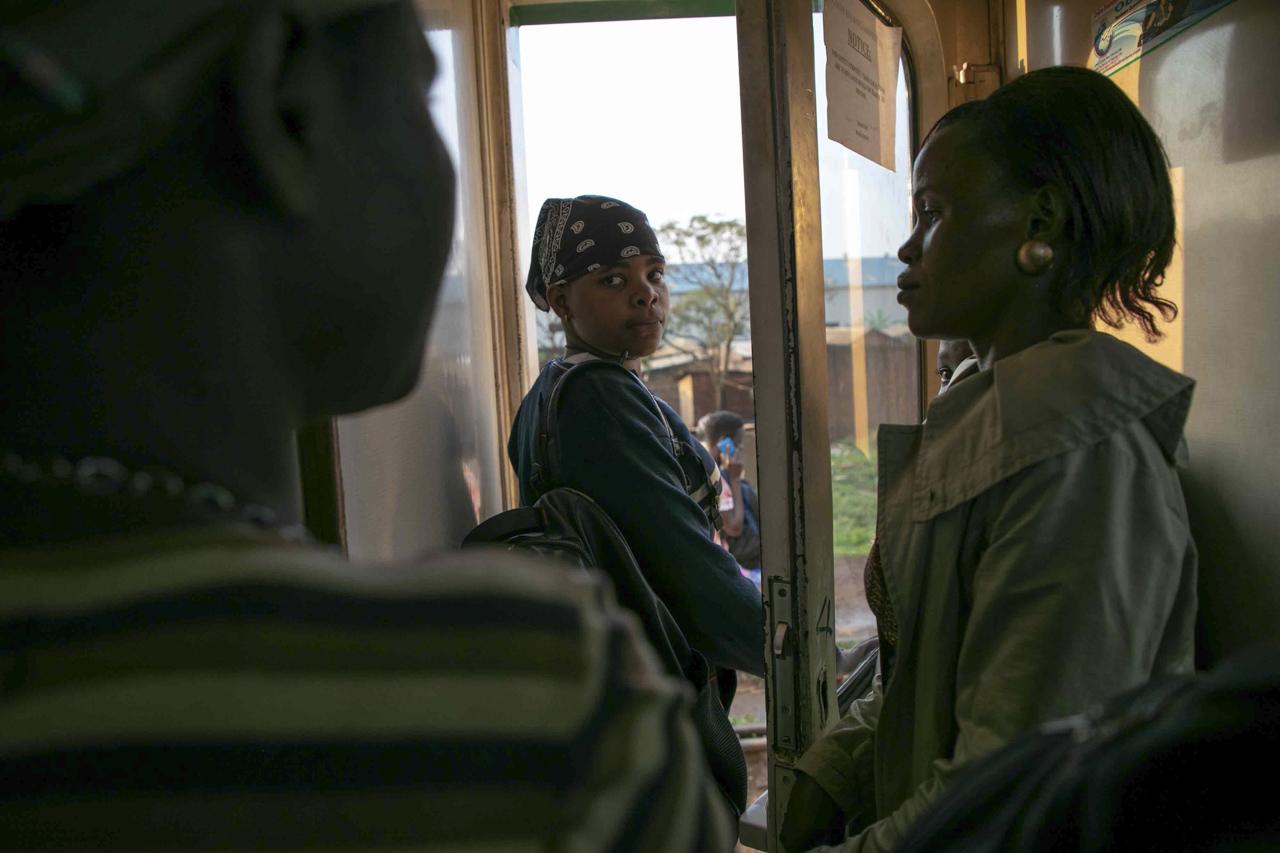 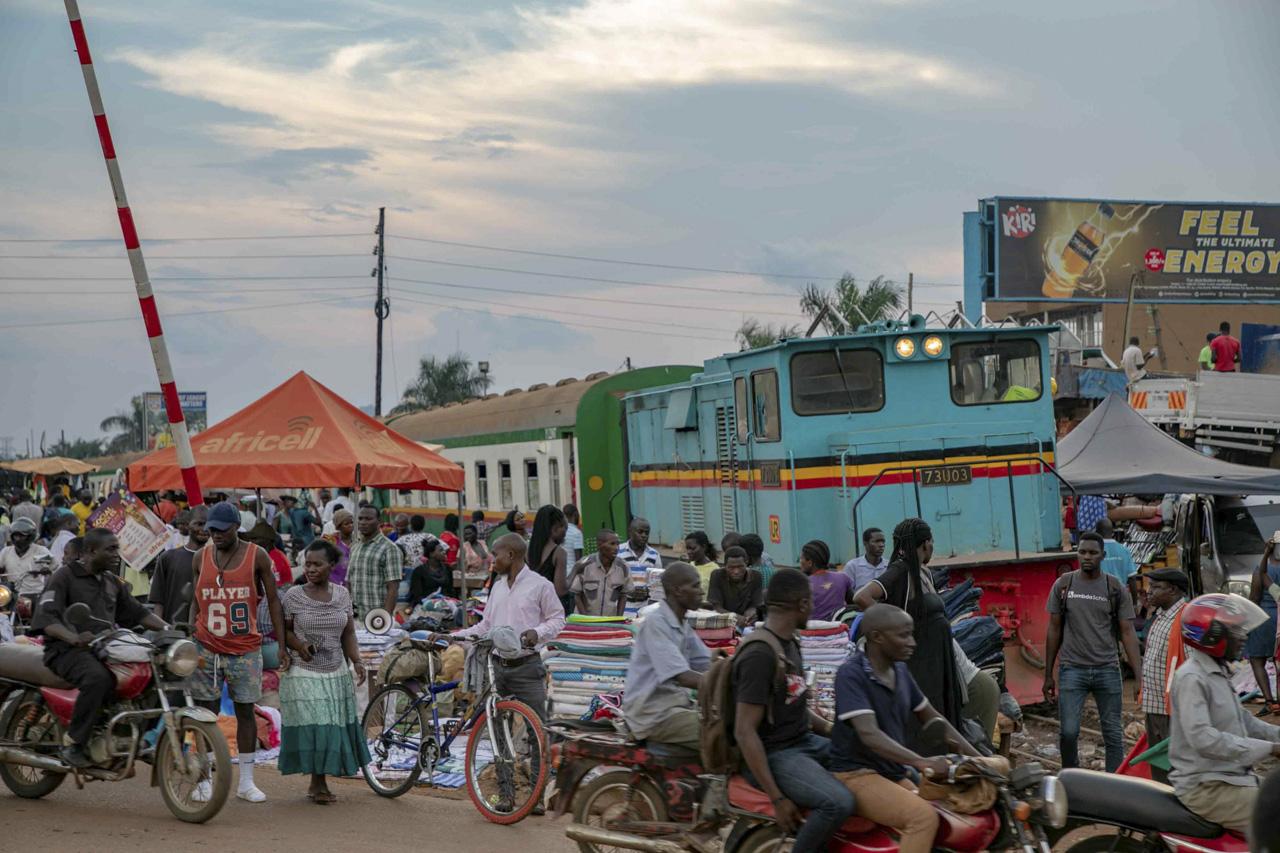 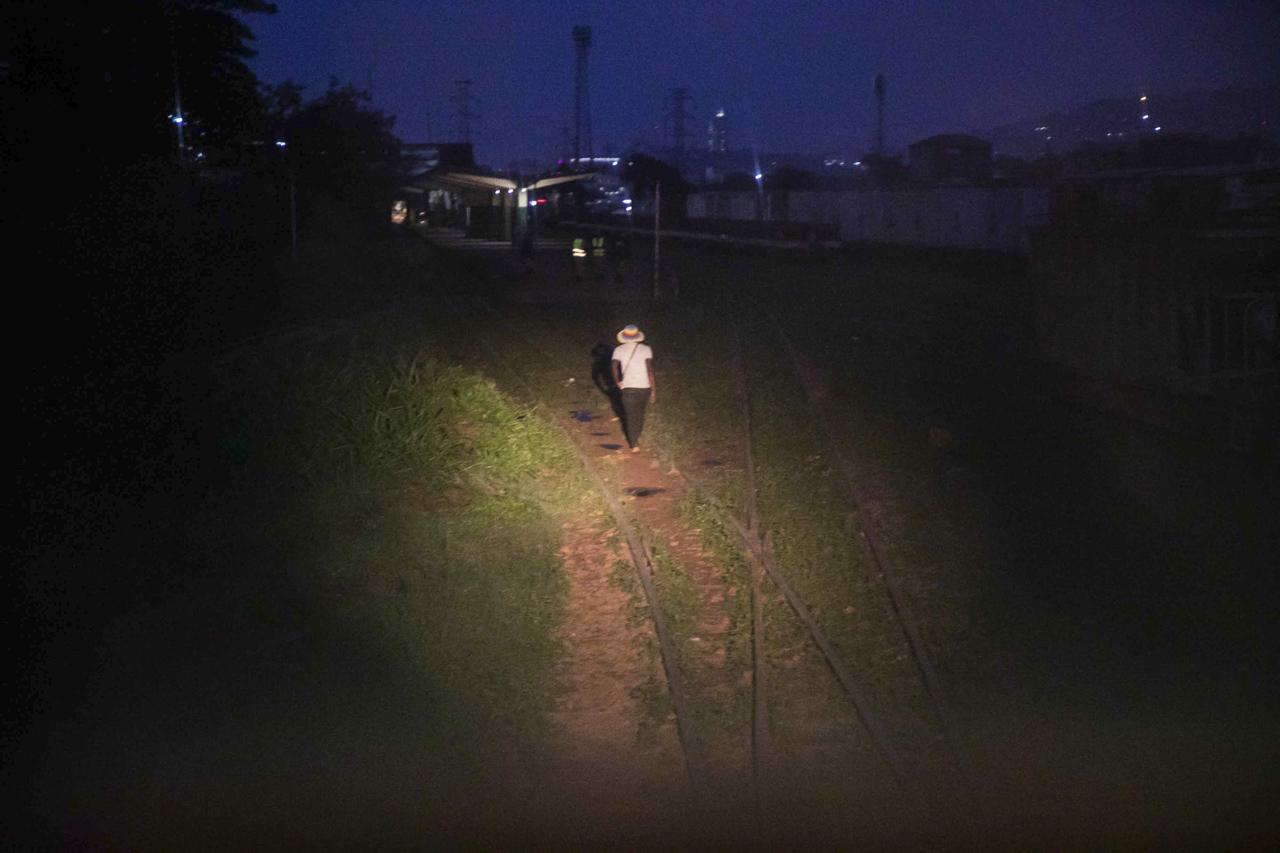 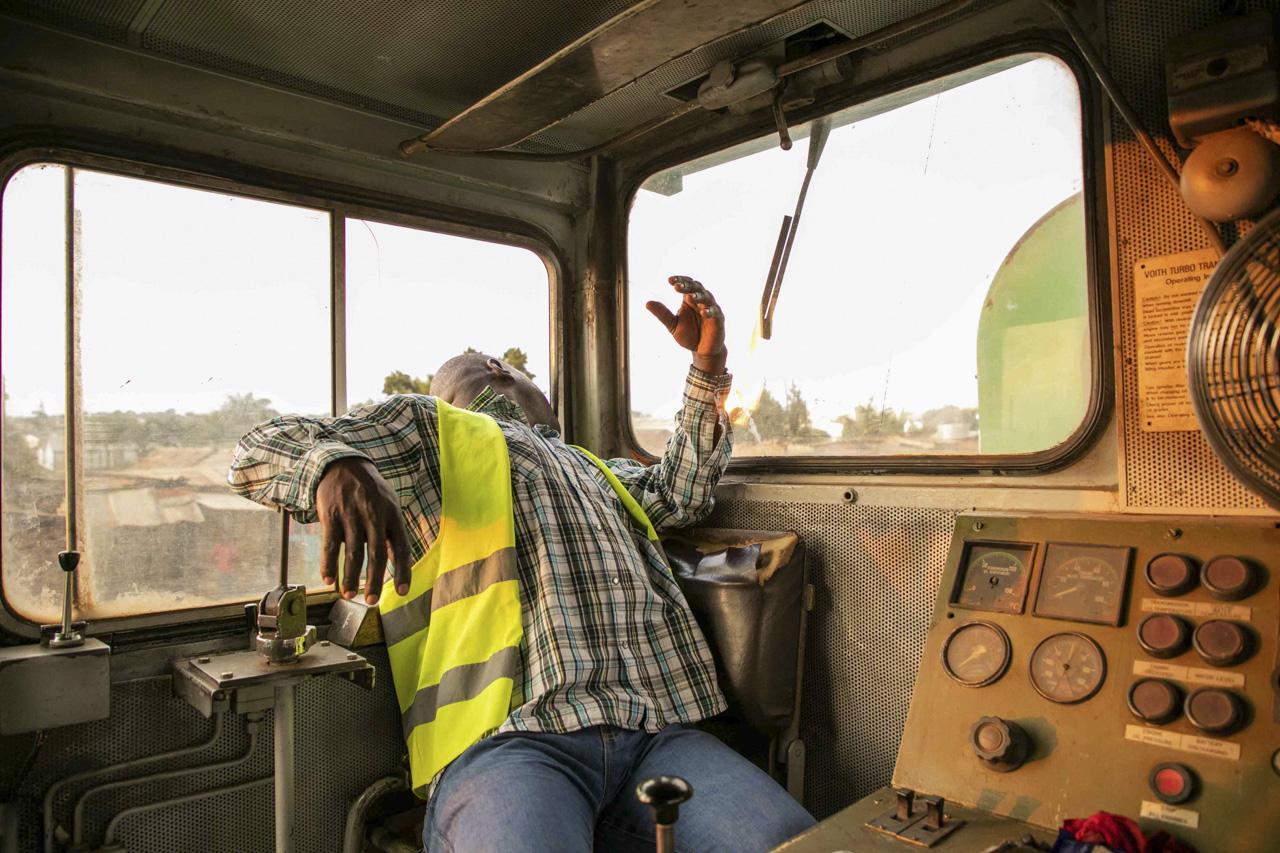